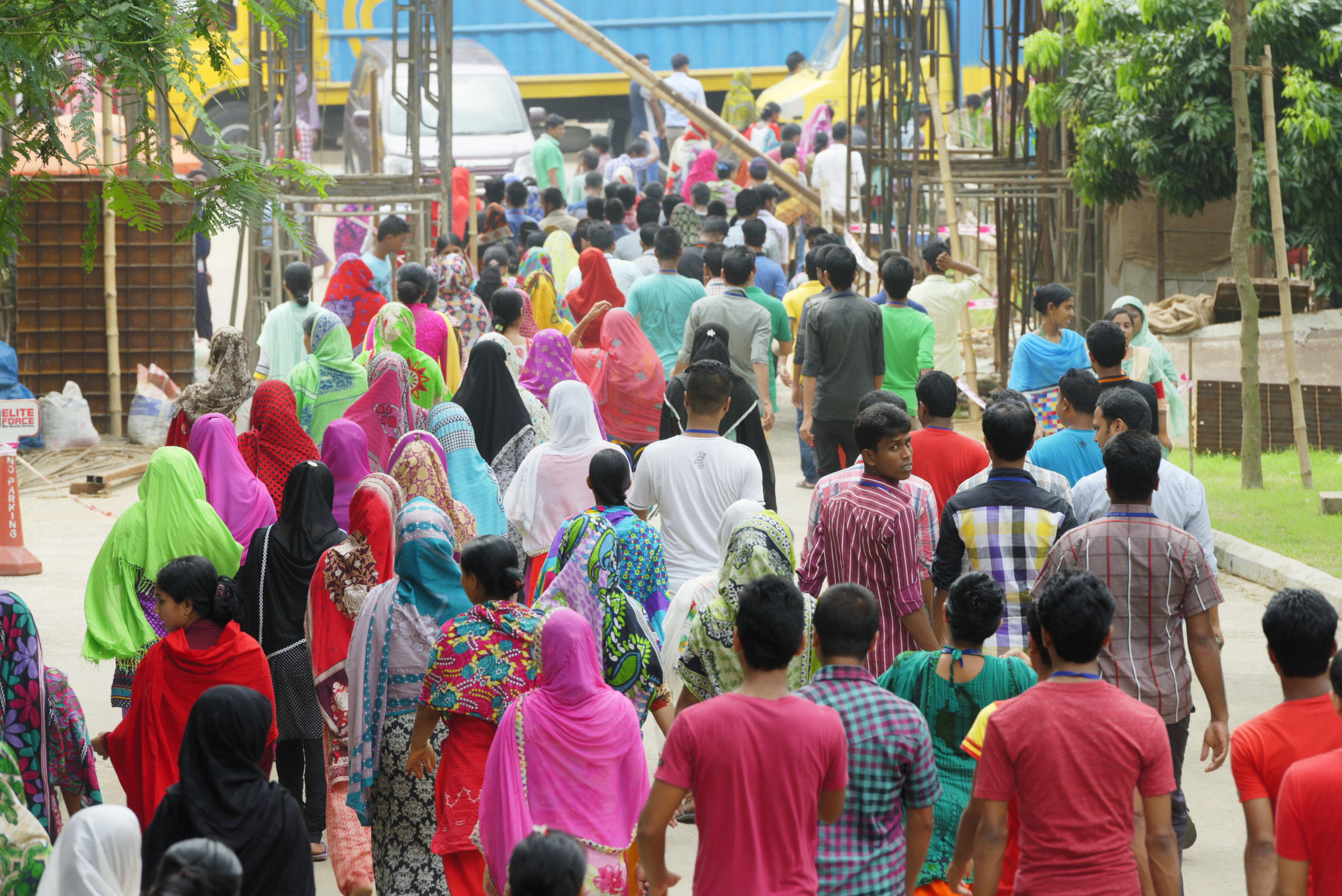 The SP&PFM Programme in Bangladesh, Cabo Verde, Cambodia and Sri Lanka supported governments in designing cash transfers and alternative payment mechanisms to rapidly respond to the COVID-19 crisis and contribute to the extension of social protection coverage in the mid to long-term.

The crisis severely hit Bangladesh’s export-dependent economy, putting many jobs in the ready-made garment (RMG) industry at risk and increasing financial insecurity for workers and their families.

Together with an ILO project funded by the German Federal Ministry for Economic Cooperation and Development (BMZ), the SP&PFM Programme provided technical assistance and facilitated tripartite consultation to design an employment retention strategy to protect small and medium enterprises in the sector, as well as workers’ jobs and incomes. A Subsidy Disbursement Mechanism was designed to support the RMG sector and other structured industries in the formal economy, enabling employers and workers to continue employment relations during economic shocks.

Cabo Verde, whose economy relies on the tourism sector, saw its growth momentum reversed by the pandemic crisis. In this scenario, the project sought to strengthen social protection coverage in the country and link the immediate COVID-19 measures with a comprehensive mid-to-long-term intervention. One of the main efforts was the identification and recommendation of alternative delivery mechanisms to make payments of social benefits safer and swifter. During the project’s closure event, held on 25 March 2022, Cabo Verde’s Minister of Family, Inclusion and Social Development expressed his gratitude for the support received from the ILO and the European Union and confirmed the Government’s commitment to strengthening social protection coverage in the country. “The Government of Cabo Verde has established the elimination of extreme poverty and poverty reduction as priority policies in the social protection sector. The elimination of extreme poverty has become a social emergency, and that is why the Government has been acting on different fronts”, stated Minister Fernando Elísio Freire.

The SP&PFM Programme assisted the Government of Cambodia in designing the benefit options and costing for the COVID-19 Cash Transfer Programme, which aimed to support 680,000 poor households, and the Wage Subsidy for Garment and Tourism, which provided suspended workers in these sectors with a minimum subsistence wage.

In Sri Lanka, the Programme helped design an immediate cash-transfer measure to support workers in the tourism sector. The Ministry of Tourism officially approved the design and operational guidelines of the instrument in January 2022. Following this approval, discussions are now happening with the ILO to support the implementation of the mechanism, which is still relevant in the current context of a prolonged economic crisis.