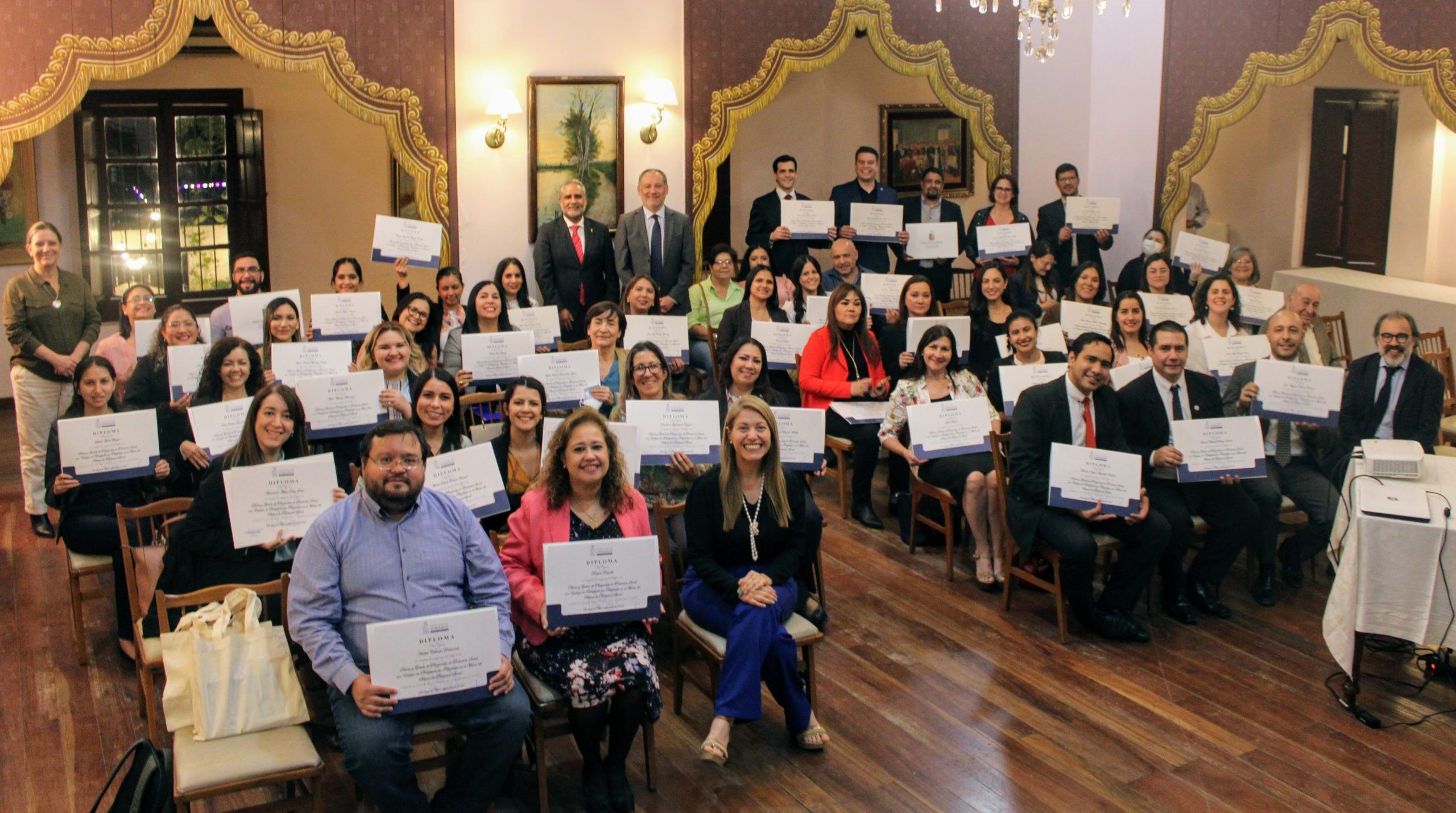 On the 16th September, a special ceremony held at the Gran Hotel del Paraguay closed the diploma in Social Protection Program Design and Management with a Results-Based Budgeting Approach within the framework of the Social Protection System ¡Vamos!. The diploma course was an initiative of the SP-PFM in Paraguay and was implemented by the ILO and UNICEF with the support of the European Union and in partnership with the University of Chile.

The diploma trained more than 45 people, including professionals from the public sector, as well as representatives of workers’ and employers’ organizations, civil society and graduate students. The call for participants and the development of the training programme were both a success, with active course participants coming from different institutions, ministries, secretariats, international cooperation organizations, employers’ and workers’ organizations and civil society.

The closing event was attended by Guillermo Montt, Senior Social Protection Specialist at the ILO Office for the Southern Cone of Latin America; Verónica Herken, National Officer at the ILO Project Office in Asunción; Vera Valente, Advisor to the European Union in Paraguay; Carmen Ubaldi, Executive Director of the Technical Unit of the Social Cabinet (UTGS); Teodora Recalde, Director General of the Ministry of Finance’s General Budget Directorate; Gustavo Rojas, UNICEF Social Inclusion Officer and Ariel Ramirez Orrego, Director of the University of Chile’s School of Government and Public Management.

During the ceremony, the representatives of the different institutions which were involved praised the initiative, and the creation of the diploma syllabus, which incorporated country context and provided the participants with practical tools for the design and management of social protection programs with a results-based budgeting approach. Special recognition was given to representatives of the Ministry of Finance and UTGS, who also acted as speakers on the course and who provided valuable content and national context. The ceremony then continued with the presentation of certificates, to participants who had successfully completed the course, by representatives and teachers from the University of Chile. According to the Director General of the Ministry of Finance’s General Budget Directorate, Teodora Recalde, “It is gratifying to reach the end of the diploma course. Today we are working on installing a public policy and, above all, an important system as the SPS ¡Vamos! based on an active results-based budget. A budget focused on people.” For the Executive Director of the Technical Unit of the Social Cabinet (UTGS), Carmen Ubaldi, “Having programs that strengthen the capacities of public servants and other actors in the Social Protection System ¡Vamos! is fundamental. With the diploma course, it was possible to unify concepts, learn from experiences and sustainability strategies in the pursuit of a protected Paraguay“.

The second edition of the diploma course was launched on the 20th September in Asunción, Paraguay. This edition was promoted jointly by the University of Chile and the Catholic University “Nuestra Señora de la Asunción” who are also both responsible for its continuity in the country.

Learn more about the SP&PFM in Paraguay: here